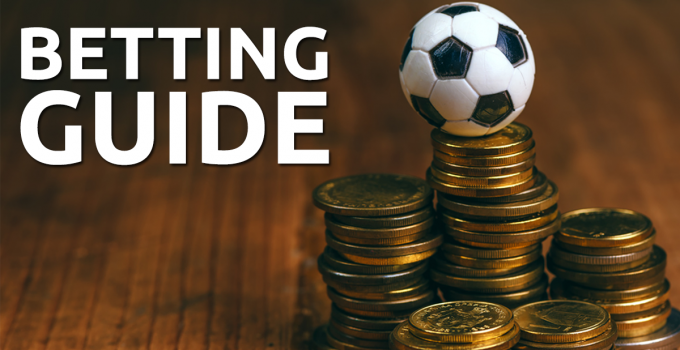 This bet selection is the most popular market in sports betting and it allows punters to predict the outcome of pre-match events.

The normal time for 3-way also denoted as 1X2 may be at full-time, half-time results that’s first half outcome or second half outcome. In 1X2, 1 implies that the punter predicts the home team that’s the team on the left to win, X means the outcome would be a draw and 2 means Away team or the team listed to the right side of the offer to win.

The Draw no bet market also known as Moneyline market allows punters to predict only on either home or away win.

Thus instances of a draw will result in the bet being assumed not to have taken place and thus the bettor’s funds are refunded back into their accounts. For instance, if you had Everton Vs Arsenal, you either select 1 for arsenal win or 2 for Everton win both cases being considered at fulltime. In case the punter selected 1 and the game ends at 2-1, then the bet wins, otherwise, if the match ends at 2-2 the punter gets their stake back and if the match result is 1-2 the punter would have lost in the bet.

Both teams to score market

This market is mostly denoted by the initial GG to mean that both teams will score and NG (NO GOAL) meaning that one of the teams won’t score.

The Both teams score market is available for full time, 1st half and 2nd half. The minimum score requirements for this market is a 1-1 result. For Example, while betting on Real Madrid v Barcelona. If the final result is 2-1, winning selection would be Yes or GG (GOAL GOAL) because both teams scored at least one goal during the match.

This is a sports betting market where punters can predict the final score of a match. Scores market is always on the home-away perspective, meaning that 2-0 is home team to win match 2-0. This bet type is available for full-time pre-match bets that’s the score at the end of 90 minutes of the match, 1st half scores that are within the first 45 minutes and 2nd half scores thus considering the last 45 minutes. The Correct scores market offers all possible combination which depends on the bookmaker. For example when predicting the correct score outcome for Hannover V Hertha BSC, if the final result was 1-2, the winning selection would be "1-2". And there is an “Other’ option that’s for punters predicting that the correct score won’t meet any combination in the betting site’s normal correct score market.

The Double chance market is usually available for full time, 1st half and 2nd half selections. The possible prediction options under the Double chance market are 1X-Home win or draw, X2-Away win or draw, and 12- either home team or away team wins. For example, Bayern v Barcelona, if the final result was 1-2, winning selections would be X2 and 12 because Barcelona won the match. In case the outcome score was 1-1, winning selections would be 1X and X2 because, for those, the draw is also covered.

Half with Most Goals Market

The Half with Most Goals Market allows punters to predict in which half of the match will most goals be scored by both teams compared.

The market requires bettors to predict whether the total number of goals would be odd or even.